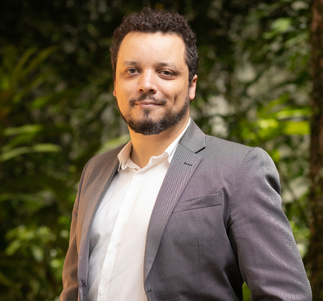 Tomaz Amorim holds a bachelor’s degree in Literary Studies and a master’s degree in Literary Theory and History from the Universidade Estadual de Campinas (Unicamp), with an exchange internship at the UzK. He holds a PhD in Literary Theory and Comparative Literature from the USP, with an exchange internship at Humboldt University. He completed post-doctoral internships at the Unicamp and at the FU Berlin (in the Excellence Cluster “Temporal Communities”). He worked as Pedagogic Coordinator at UNEAFRO-Brazil and Guest Coordinator at the São Paulo International Film Festival. He is a poet, literary translator and writes cultural criticism in several Brazilian media outlets. 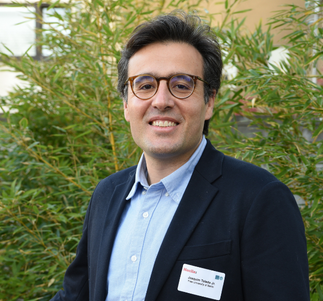 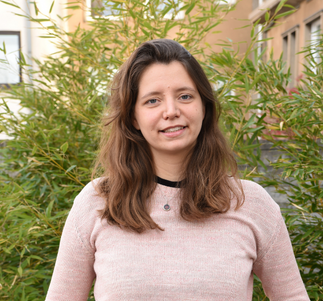 Our Events and Outreach Coordinator has a degree in Social Communication (2013) from the Universidade de São Paulo, and a postgraduate (lato sensu) degree in Business Administration (2018) from the Fundação Getúlio Vargas. She worked in the publishing market before turning to corporate communications in 2017 when she joined the communications team of the Câmara de Comércio e Indústria Brasil-Alemanha. She joined Mecila’s team in São Paulo in 2018. 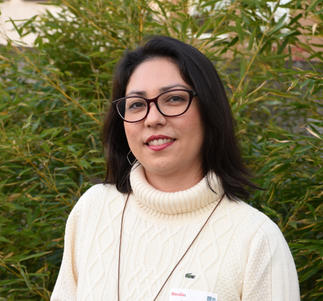 Marina, our project assistant, holds bachelor degrees in Chemistry and Social Sciences from the USP. She worked at Reporter Brazil’s educational program Escravo, nem pensar! (2010 – 2014) and was a project assistant at the Latin American Campaign for the Right to Education (2016-2020). Marina holds an international certification in Social Programs and Projects Management and has been part of Mecila’s team in São Paulo since 2021. 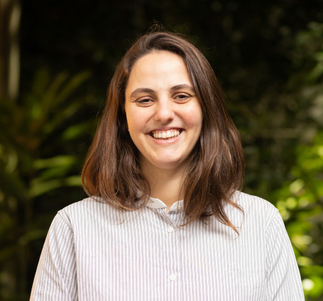 Roberta Hesse, holds a Master’s degree in Social Anthropology from USP and a Bachelor’s degree in Social Sciences also from USP, having carried out a research internship and an academic exchange year at UzK. She has also worked with project management at the Associação Anna Laura. Currently she is an associate researcher at the “Centro de Estudos Ameríndios (CEstA/USP)”. She has been part of Mecila’s team as fellow assistant since April 2022. 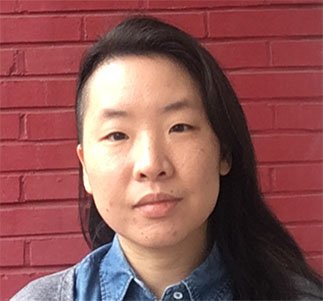 Puo-an Francisca Wu Fu has a Master of Arts degree in European literatures from the HU Berlin (Humboldt University of Berlin) and is a current doctoral candidate in romance-language literature at the University of Potsdam. Prior to joining Mecila’s Berlin Office, she worked as a translator and interpreter, as well as in the International Affairs Office of the Excellence Cluster “Image Knowledge Gestaltung.”

She was the Centre’s Administrative Assistant in Berlin during the Preliminary Phase and joined Mecila’s academic staff in 2020. 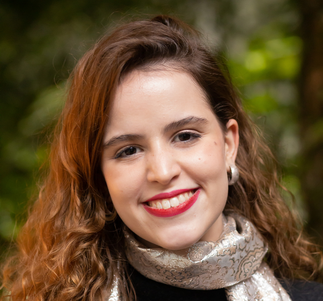 Júlia Rodrigues dos Santos is a law student at USP, student-researcher at the Public Training School (sbdp/FGV) and monitor of the General Theory of the State class. She was an intern at the Court of Justice of São Paulo and a scholarship student of MEC in the Tutorial Education Program of Legal Sociology between 2020 and 2022. Currently, she develops research activities focused on legislative proposals for education during the pandemic, by the Observatório do Direito à Educação (USP), and on electoral jurisprudence. She joined Mecila’s team in 2022. 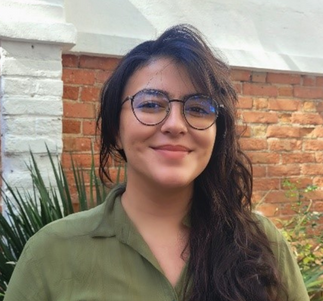 Marina Belisario is a graduate History student at USP, and a member of the Laboratório de Teoria e História da Imagem Cuir/Queer (LATHICQ-USP). She has assisted projects of the Tutorial Education Program of the Faculty of Philosophy, Languages, and Human Sciences(USP), linked to the teaching of Gender History and Sexuality. Currently, she is developing research on Brazilian Art History and feminine agency. She joined the Mecila team in 2022. 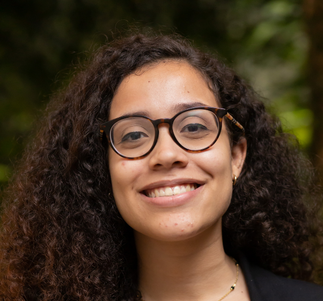 Maria Clara Aguiar is graduating in International Relations at USP, and currently researches science diplomacy in the Global South at the São Paulo School of Advanced Science on Science Diplomacy and Innovation Diplomacy (InnSciD). She is a member of the Latin American Leadership Academy and an active member of the study group Estudos de Política em Pauta (EPEP USP). 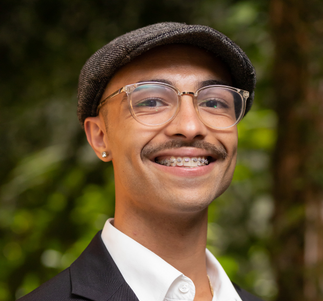 Timóteo Paixão Moura is a graduate in Literature from the Faculty of Philosophy, Literature and Human Sciences of USP, specialising in Linguistics. In association with USP, Timóteo studies language acquisition and philosophy. He joined the Mecila team in 2022. 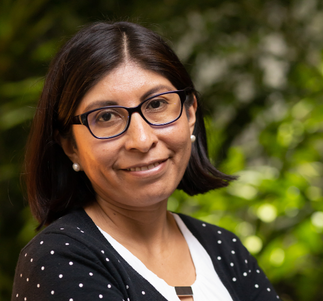 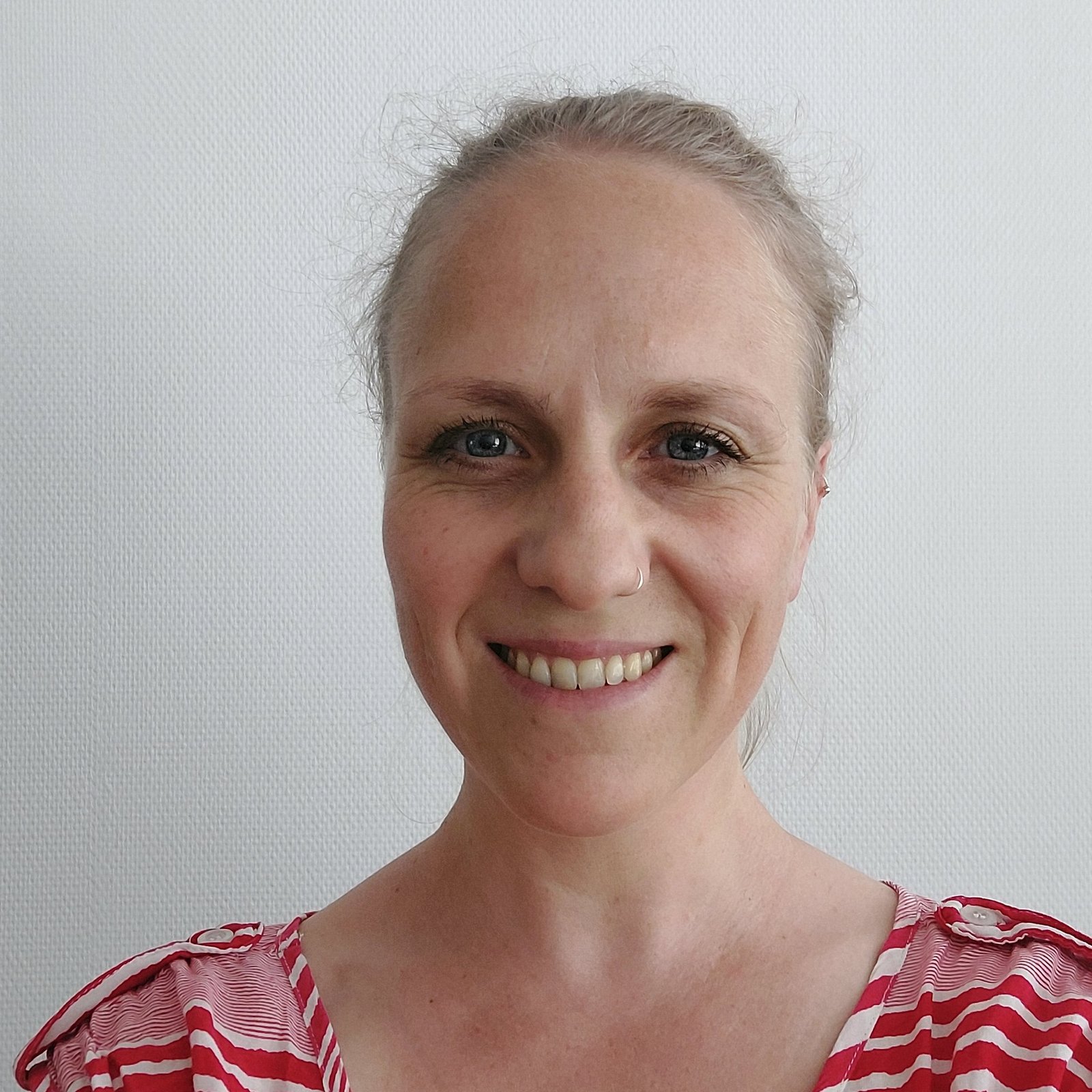 Sofie Steinberger studied Regional Studies of Latin America at the UzK and is currently a PhD student at the Historical Institute of the UzK and the University of Meknes. From 2017 to 2020 she was a Fellow of the a.r.t.e.s. EUmanities Program (Horizon 2020: MSCA) and spent 18 months doing research in Spain and Morocco. She has been active in various areas of scientific coordination and historical-political education. Among other things, she coordinated the UzK Forum “Ethnicity as a Political Resource”, worked in youth education, for the Academy for Conflict Transformation in Bonn, and is currently curating an exhibition for the Rautenstrauch-Joest-Museum in Cologne. Since August 2022, she is part of the team of the Maria Sibylla Merian Centre Conviviality-Inequality in Latin America in Cologne (UzK). 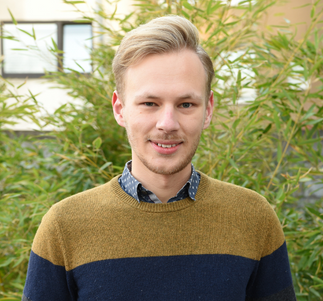 Felix Engel studied history and ethnology and completed his master in public history in 2021. He has worked in the Department of Iberian and Latin American History and in the Global South Studies Center at the UzK.
Since July 2021, he has been part of the Cologne team as an academic assistant. 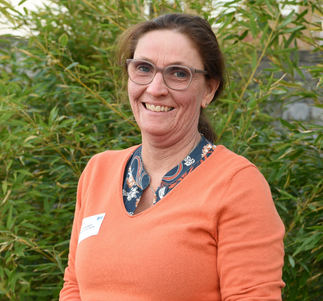 Anna Levin has been a librarian at the IAI Berlin for over 30 years.

She stepped into her supportive role at Mecila in April 2020 and is responsible for the acquisition, cataloguing, and supply of selected materials in analogue and digital formats. She is also in charge of the electronic reading room designed for Mecila members. 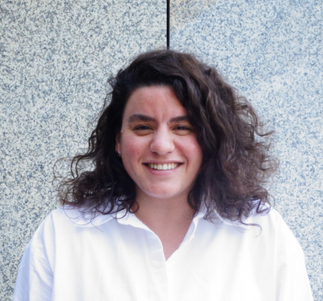 María Fernanda Pan Bentancur holds a BA in Latin American Studies from the University of Eichstätt-Ingolstadt and an MA in Intercultural Conflict Management from the Alice Salomon University of Applied Sciences in Berlin. Since November 2022 she is part of the Mecila team as assistant for administrative and financial management of the subproject “Medialities of Conviviality and Information Infrastructure” at the Ibero-Amerikanisches Institut (Berlin).