This series of public lectures “Diversity/Medialities” organized by the Ibero-Amerikanisches Institut and Mecila, focuses on these voices from the margins, their long-term conceptual and epistemological frameworks, and their forms and media of circulation and entanglements. With the first focus on feminist and LGTBIQ movements and ideas we invite experts and activists analysing South-North interconnections in the struggles for the rights of women and LGTBIQ groups in Latin America. 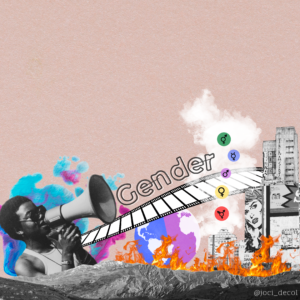 How and when was the idea of “gender” created? How did it become key to public policy and international politics? Why is it rejected with such violence by some groups? In her lecture, Marília Moschkovich, PhD (USP Brazil) will approach the history of the concept of “gender” and its travels to Latin America. The first part will discuss how dialogues between feminist theories from France and the United States allowed for this concept to be created. The second part will briefly present the concept and its polysemy, discussing how the variety of interpretations can be understood as a sign of its dominant position. The third part will focus on the arrival of this concept in Latin America and the strategies of feminist researchers living and working in countries which are peripherical in the global knowledge production system, reinforcing the importance of legitimacy in the periphery for the guarantee of success in the center, and questioning the basis of the anti-gender movements.