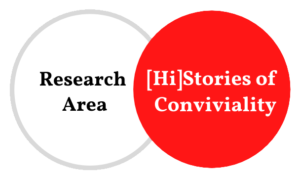 The [Hi]Stories of Conviviality Research Area focuses on the question of how convivial configurations evolve and interact to bring about changes in convivial regimes, favouring a diachronic approach without limiting itself to it.

For example, many of us address legal frameworks and how they shape convivial configurations and regimes, and how they interact with informal or extra-legal arrangements. One prominent field of inquiry into these problems is labour relations: forced labour arrangements and resistance to it in colonial settings; informal and formal labour and their relationship in historical and contemporary Latin America. Another field consists of the legal settings and everyday negotiations of legitimacy and illegitimacy in family formation and their connection with social hierarchies and group formation. Finally, we inquire into everyday encounters in Latin America’s heterogeneous urban populations; we ask how men and women, descendants of Africans, Indigenous, and Europeans as well as mixed-raced, or citizens and new-comers manoeuvre through historically grown power hierarchies. In all our research projects, the tensions between norms (socio-political, legal, moral, or economic) and convivial realities and practices play an important role.

In the study of the tensions between norms and realities, we use a broad conception of norms and law, rather than reducing them to the legislation of the Crown or the State. They include customs, local legal rules, learned and vernacularized knowledge in different locations, as well as judicial and extrajudicial binding decisions. Law is not just based on explicit rules and knowledge but is dependent on implicit social rules and tacit knowledges. Norms are contested and change.

One of our main questions is how normative orders are formed locally and how they affect conviviality and inequality in different social settings. Law and other normativities mediate the practices of self-identification and identification by others that trigger categories, markers of difference, symbols, memories, and ideas. How do legal and other normative categories shape subjectivities, the boundaries of the dynamic identification of social groups and the definitions of membership?

“One of our main questions is how normative orders are formed locally and how they affect conviviality and inequality in different social settings.”

Cultural, social, and economic differences are frequently mediated by legal categories. Fiscality and fiscal categorizations are a valuable source to historically analyse social differences and inequalities, especially at the intersection of social and geographical mobility. Imperial formations created tangible legal differences between groups that had practical effects on the daily lives, social positions, and the labour force of individuals, dependent on the fiscal category to which they had been ascribed.

However, over time, fiscal and sociocultural categorizations did not entirely coincide. Attempts to manipulate one’s affiliation to a certain fiscal category, which turned such categorization into a strategic resource, have happened. Changes in social categorization were mostly successful in the context of spatial mobility, namely, migration, and they were closely linked to conviviality, since changes in categorization happened especially in places where people of different categories lived and worked together.

After the fall of the great empires and the creation of modern nation-states, existing legal differences were mostly abolished. However, this did not mean that discrimination based on perceived differences ended – as postcolonial thinking rightly reminds us. This observation points to the importance of the study of colonial or imperial difference: it helps to understand current structures of inequality, discrimination, and racism without neglecting the fact that they were maintained and re-created in the postcolonial period.

“It is mostly not until the early twenty-first century that there have been attempts within cultural theory to programmatically understand conviviality under conditions of great social and cultural difference.”

Law and other normativities have proven to be a medium for practices of self-determination and convivial negotiations, which trigger categories and markers of difference (race/ethnicity, origin, gender, class). Furthermore, the conviviality among people that embody these differences and their intersections is also present in literary texts of this and past centuries. Our research on the nineteenth-century world of the Caribbean islands portrays them as a kaleidoscope of (post-)colonial structures and dynamics. Colonial experiences come together in a dense network within the sphere of influence of a great variety of hegemonic and peripheral systems. A look at this kaleidoscope-like world can give us new insights into the early processes of cultural globalization. Phenomena of deterritorialization – migration, circulation, and interconnections among the most diverse geographical areas – can already be observed in the Caribbean islands in the nineteenth century, where, for example, pirates and slave traders sailed back and forth between empires and continents, writers fled from one exile to the next, and illiterate peddlers served as messengers between worlds.

It is mostly not until the early twenty-first century that there have been attempts within cultural theory to programmatically understand conviviality under conditions of great social and cultural difference. These attempts have come about as a response to the unsuccessful labelling of multiculturalism or as a rejection of an essentialist concept of identity. It makes sense that the current debates on this topic include vigorous contributions by Caribbean intellectuals and intellectuals of the Caribbean diaspora. In a similar way, other projects engage more broadly with conceptualizations from the south and by ordinary inhabitants of such historically complex, heterogeneous, and unequal places. In the process, one question that is still being asked is how to grasp ethnic difference without falling back into essentialisms.

Again, changes in legal normativities set the context for fundamental changes in the convivial relations and the discourses on them. In the time spanning the years 1789 to 1888, the idea of equality launched in the French Revolution and the abolition of slavery in Cuba and Brazil, the last slaveholder societies, mark this era of fundamental social, political, and economic change.

Beyond degrees of bondage and dependency, gender dynamics significantly shaped work relations. The inclusion of women in the industrial work force since the end of the nineteenth century went hand in hand with continuing high levels of informal female work in petty trade and domestic service, but also with the creation of a new model of female honour and reproductive tasks. The recognition of care as work highlights the gendered inequalities of reproductive work. The recognition of unpaid work, which is predominantly female and encompasses the entire life cycle, had to wait until the crisis of Fordism-Taylorism in the developed countries for a conceptual break to emerge and for it to be recognized as real work. In addition to the theoretical-methodological perspective, care work brings the everyday, work and family life — a privileged convivial context — to the fore.

All these historical processes reverberate in today’s complex urban social fabrics of Latin American cities and their hinterlands. Gender, origin, race/ethnicity, legal, and class classifications play out and intersect in formal and informal encounters. These encounters are framed by the state and its apparatus, the market and competing ideologies, kinship and family, urban infrastructures and ecologies, and the informality of everyday convivial regimes. Urban encounters, structured by historically grown hierarchies and inequalities, continuously afford situations of conflict and cooperation.

The notion of informality has been helpful to bring together the unknown and the inexplicable, comfortably and without explanation. If informality was born to describe the economy of the poor, it is now expanding to the top of the pyramid, where governments, on the way to informalization, deregulate, privatize public functions, and hand over the management and laundering of money to tax havens, greedy for speculation; where big capital captures politics and companies subcontract, informalize, make employment more flexible and precarious. These topics remain among the important issues to be explored in Latin America today: the work of care workers, informal work, the work of undocumented migrants, payed domestic workers. Other topics are the future of work in the face of automation and robotics, the digitalization of work, the potential of green jobs, and the work of young people.

Alongside aspects of race, class, and origin, the subjects of care and informality have highlighted the importance of gender relations and discourses for the study of conviviality. Theories on gender as a relational, flexible concept, as something that is staged or performed, directly lead to our concept of conviviality. Gender, as the most fundamental and early human categorization penetrates all social relations. Recent historical research on the nineteenth century, when women were still excluded from political citizenship rights and civil codes has shown, how women used changes brought about by the liberal ideas of economy and society in their favour. In particular, the changes in the concept of honour from a corporative to a civic one and the resulting social and civil positioning of men and women were not as clear as it might seem from the normative perspectives. Historical perspectives on women´s economic activities and their role as heads of households also speak of different convivial settings than those depicted by normative sources. How men and women negotiated these roles, how the state reacted or tolerated these family arrangements, is another important topic of gender and family studies that will enrich our research area. 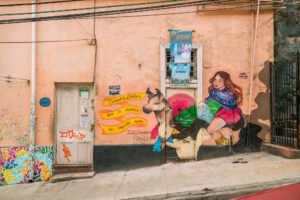 Slavery, as the most extreme form of bonded labour, was at the centre of the debate in the nineteenth century. Other forms of bonded labour and resulting inequalities are still pressing problems in socio-economic and political debates today. The second wave of globalization around 1900, the inclusion of Latin American economies in the capitalist global economy, and mass migration also affected labour relations.