On June 11, 2019 the Department of Iberian and Latin American History of the Universität zu Köln (University of Cologne) in association with Mecila held the Workshop “Negotiating Legal Categories in Unequal Contexts – Latin America in the 16th – 19th Centuries.”

The event focused on the discussion of how legal categories intended to organize conviviality in the colonies and first republics of Latin America. The term conviviality here refers precisely to the dimension of relationships in social life and the interactions that occur in shared daily life. The interest is to highlight the asymmetries in such interactions and the dynamics of these relationships, marked by dependence, cooperation, as well as conflicts, competitions and violence.

In Colonial Latin America it was not assumed that individuals should be treated or governed equally. The early republics, however, took some steps in designing nations that should comprise equal citizens – at least theoretically. How have these changes been reflected in the legal categorizations of these locations? And how does this process take place amidst the fiscal, “ethnic” and social categorizations of colonial societies and the upcoming forms of organization? Such questions guided the works discussed, paving the way for investigations that seek how these categorizations began to be negotiated and adapted to the different social actors of the time.

Below you can fin the full schedule. 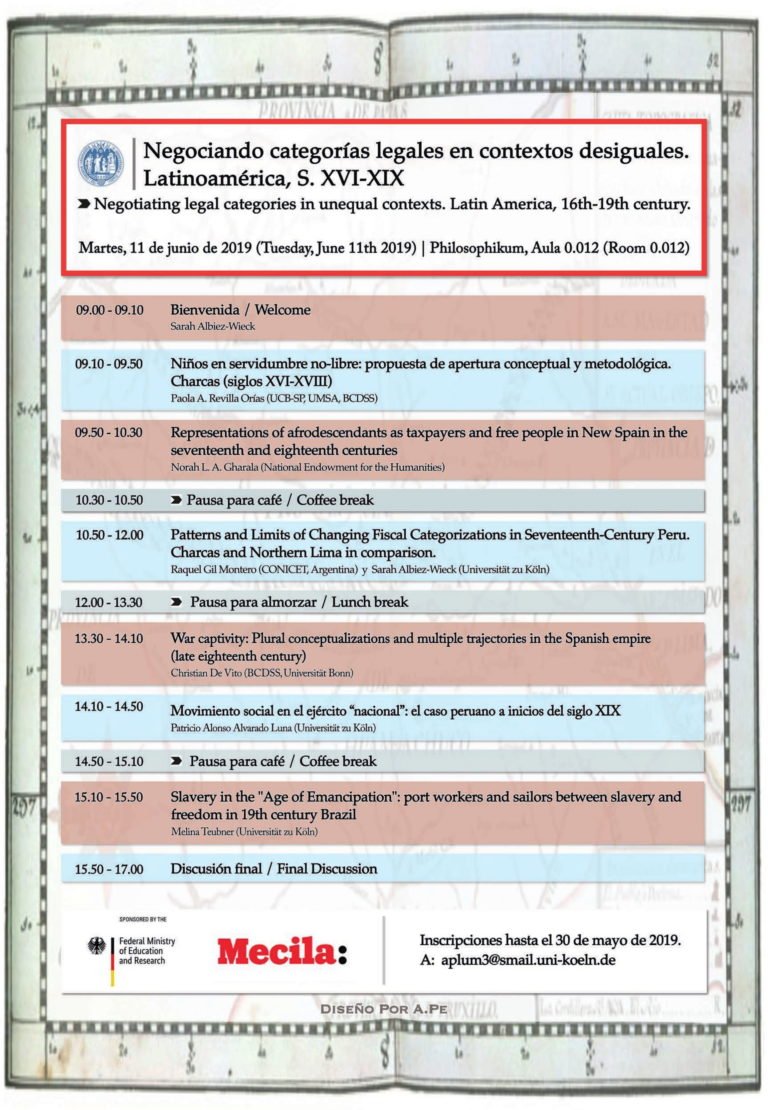