Horizontality in the 2010s

Horizontality is establishing itself in countless activities that have often prospered silently over the last fifty years in many domains where the participants are unburdened with submitting to hierarchies, vertical chains of command, or with taking on positions of authority.

A large and sustained wave of movements without leaders arose in the 2010s. Tunisia inaugurated the wave, followed closely by Egypt. These two countries started the “Arab Spring” whose blossoming would be aggressively suppressed. And yet the wave would continue in Turkey, Spain, Ukraine, Brazil, Bulgaria, Burkina Faso: a raggedy incomplete list where the old democracies are conspicuously absent – until the Yellow Vests. This French social movement appeared in 2018 and would be followed by a series of leaderless movements in 2019 in Algeria, Ecuador, Bolivia, Lebanon, Iraq, Chile, Egypt, and Haiti. Not all the mass movements of the decade openly declare themselves leaderless such as those in Hong Kong and Sudan. But even though this dimension has hardly been studied by social scientists, this desire to move ahead with no boss should be taken seriously. This is an important part of the renewal of protest movements compared to the previous century, and of contemporary social sciences. It has a major impact on the central theme of the social bond – its composition, dynamic, and history across centuries if not millennia. As suggested by Ivan Illich’s call for conviviality, there’s nothing natural, automatic, or self-evident about this bond, including subordination or hierarchy despite what recent centuries, especially the twentieth, would suggest in a number of locations around the world. Subordination and hierarchy are not always already written in the great book of the social. They are part of an historical elaboration across the globe that is irregular in the times and places they occur.

The movements of the 2010s seize on very delimited spaces to become the locus of their meetings and their force. One hears the term “democracy of the squares” to convey this use of public spaces (that recalls the medieval use of commons). The Yellow Vests invented the use of traffic roundabouts as a place of action, deliberation, and conviviality. In Belarus, people refusing the electoral fraud of Alexander Lukashenko chose to gather in courtyards of apartment buildings. Hitting on the idea of using all of these micro-territories as democratic spaces where people of diverse social origins, genders, races, religions, ages, and professions can meet directly as themselves without representatives on an equal footing in the heat of action has been a first step in solving the deep crisis of representative democracy. It is a criticism through direct action of the preceding century and of its profound reticence toward all forms of open-air free democracy. The solution being sketched out at this beginning of what promises to be a long process is not a substitution of horizontal democracy of public squares and roundabouts to replace the reigning structures in parliamentary regimes around the world. This search for a new democratic legitimacy is not seeking to destroy representative democracy. It aims to radically and democratically question the established powers in all their forms.

Besides public squares and similar venues, horizontality is establishing itself in countless activities that have often prospered silently over the last fifty years in many domains where the participants are unburdened with submitting to hierarchies, vertical chains of command, or with taking on positions of authority. Historically, it is a refusal in deeds of the imperative in force throughout the twentieth century according to which a popular movement, whether social or political, must be organized and hierarchical, preferably under the authority of a political party – in other words, according to the Bolshevik model of an avant-garde where every single collective activity, including the family, had to be conducted under the authority of a chief who would with few exceptions be masculine. The social bond was endowed with a hierarchical dimension naturalized in a thousand ways.

The social sciences have an interesting worksite to develop around identifying as exhaustively as possible the activities in all domains that have been undertaken recently with no chief, no leader, in an egalitarian, cooperative, collaborative, or autonomous manner. First, squares, roundabouts, and high-rise courtyards are places of conviviality: participants become acquainted by working together; this could be around preparing a meal, taking measures to be ready for winter, treating the wounds suffered during confrontations, organizing the group’s self-defence, or by deliberating. Action and deliberation are not the only components of the activity in these public spaces; the communal life is another which, along with action and deliberation, make these places belong along a spectrum of conviviality that amounts to a communal living together that may be familial, relate to a certain community with its proximities and its conflicts of variable intensity, cross boundaries, or envelope some other more or less temporary groupings. One cannot help but think of the quilombo of fugitive slaves in Brazil, a territory recomposed since the sixteenth century with a free lifestyle and yet open to others.

Secondly, the embers burn red hot under the ashes. Under the surface of the “public” and somewhat out of sight, a deep work on the social fabric is taking place that recognizes at every point a need or even a desire for horizontality. These activities are quite varied: communal gardens in large metropolitan cities, presses, cultural or humanitarian activities, medical and legal offices, cooperatives of production or distribution – countless are the objects for the collectives and collectivities that have emerged, taken shape, and endured in this way for several years now. Many movements and organizations in France have been organized according to such principles of horizontality such as, for example, the movement to support the undocumented migrants and the Réseau Education Sans Frontières (Education Network Without Borders), and this is true in many countries around the world.

Following the example of squatters and the ZAD (a French acronym for “zones to be defended”) which have embraced horizontality, these other collectives are also seeking to offer a vision of the future via a dynamic of struggle and specific claims. In France, for example, they are linking with other transformations of institutions, such as the “collegial associations” that have neither president nor board. A law from 1901 regulates associations by a regime of declaration and not authorization. Over time the habit developed of creating an association “bureau” with a president, vice president, and secretary. This vertically organized structure became the norm and has only been questioned very recently. Association members who came to the prefecture to declare their association but without a president or bureau were told they had to follow the law.

And yet the letter of the law includes no such obligation and requires only persons “responsible for the administration”. In addition to the growing number of collegial associations, there has been since 2014 and the experiment in Saillans in the Drôme department a flourishing multiplication of ecological municipalities which are non-hierarchical, egalitarian, and more or less directly inspired by the “libertarian municipalism” of Murray Bookchin (Legros 2020). In France, the family unit no longer has a single “chief” as head of the household following a legal reform of 1970, an effect of the renewal of the women’s movement, and “parental authority” is now “shared”. In France and elsewhere, a growing number of organizations have adopted the formula of the Movimento Passe Livre (Free Fare Movement, MPL) in Brazil that erupted in June 2013 with the most powerful demonstrations the country has ever known. The movement, founded in 2005, invented a “charter” that proclaimed it to be “horizontal, autonomous, independent and nonpartisan but not antipartisan”. Following the demonstrations, all fare increases were blocked, leaving a deep imprint on the political history of the country – until the vultures of the far-right latched onto this popular agitation to turn it toward other goals.

The anti-hierarchical enthusiasm also extends to companies. In order to save itself and preserve the essential elements, capitalism since 1968 has sought to evade the insistent challenges to the authority of chiefs at all levels. For example, in one of the co-optation manoeuvres that are inseparable from all instances of power, it initiated the “project management”, “crushing hierarchies”, and even declared “freedom”. Internationally, one may note that the Internet was created on principles of horizontality that are endlessly opposed by nation-states and multinational companies.

With or without direct connection, from person to person and step to step, these more or less enduring and widespread activities resonate with free communities over large territories such as the Chiapas or the Rojava which have taken on global visibility even without occupying an entire country. The study of this ensemble – horizontal movements, collective egalitarian activities of all kinds, occupations, and free territories of various sizes – would require a global approach whose methods would have to be established carefully.

This article takes up most closely two cases: first, the horizontal practice of the Yellow Vests based on eyewitness observations within an assembly in the Paris region, and secondly, the initial steps of a cooperative school created recently in São Paulo in the aftermath of the June 2013 demonstrations and the occupation of high schools in the state of São Paulo that followed.

One of the challenges of this work is to avoid considering horizontality as an absolute that would arrive in opposition to hierarchy, but to observe instead in a pragmatic fashion what actually happens and attempt to identify the forms, the meandering evolutions, and the meanings, and in this way take part in a reflection that would be both that of the actors and the researchers in mutual reinforcement. 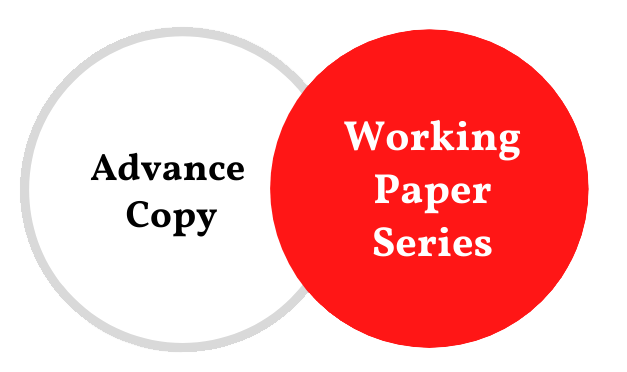